What Is On The Canadian Citizenship Written Test? 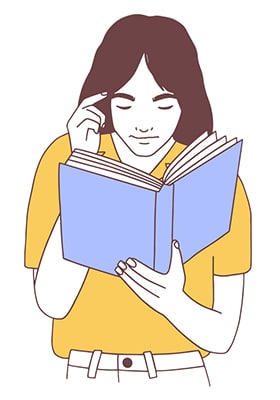 There are five steps to becoming a Canadian citizen: you must be a permanent resident of Canada, have lived in the country for three of the previous five years, filed all required Canadian taxes, proven your language skills in either English or French and, finally, pass the Canadian Citizenship written test. The test is a requirement for any applicant of citizenship between the ages of 18 and 54 and is the final step before obtaining status as a Canadian citizen.

The test can be taken in either English or French and is typically taken in written form (an oral option is available for those who require such accommodation). Immediately prior to the test, applicants must complete an informal 10- to 30-minute interview with a citizenship officer, to whom they must present the original documents of their paperwork and answer questions about their application, work and residence history, reasons for applying for citizenship, and so forth. After all applicants present have completed the interview, the entire group will be led into the testing room. Applicants are not allowed to bring anything into the testing room with them.

During the test, applicants have 30 minutes to answer a unique set of 20 randomly generated questions—both multiple-choice questions (which present a question followed by four possible answers, from which you must choose the best one) and true-or-false questions. To pass, applicants must answer at least 15 of the 20 questions correctly. These questions cover a broad range of important topics, including the laws and form of government of Canada, the country’s history and geography, its economic principles and social history, and its national symbols. Overall, the test is meant to evaluate the applicant’s understanding of the rights and responsibilities that they will hold as citizens of Canada.

The following lists some of the specific topics that the test might ask about within each broad content area. Applicants should be prepared to answer questions relevant to any and all of these topics.

Right’s and Responsibilities of Canadians