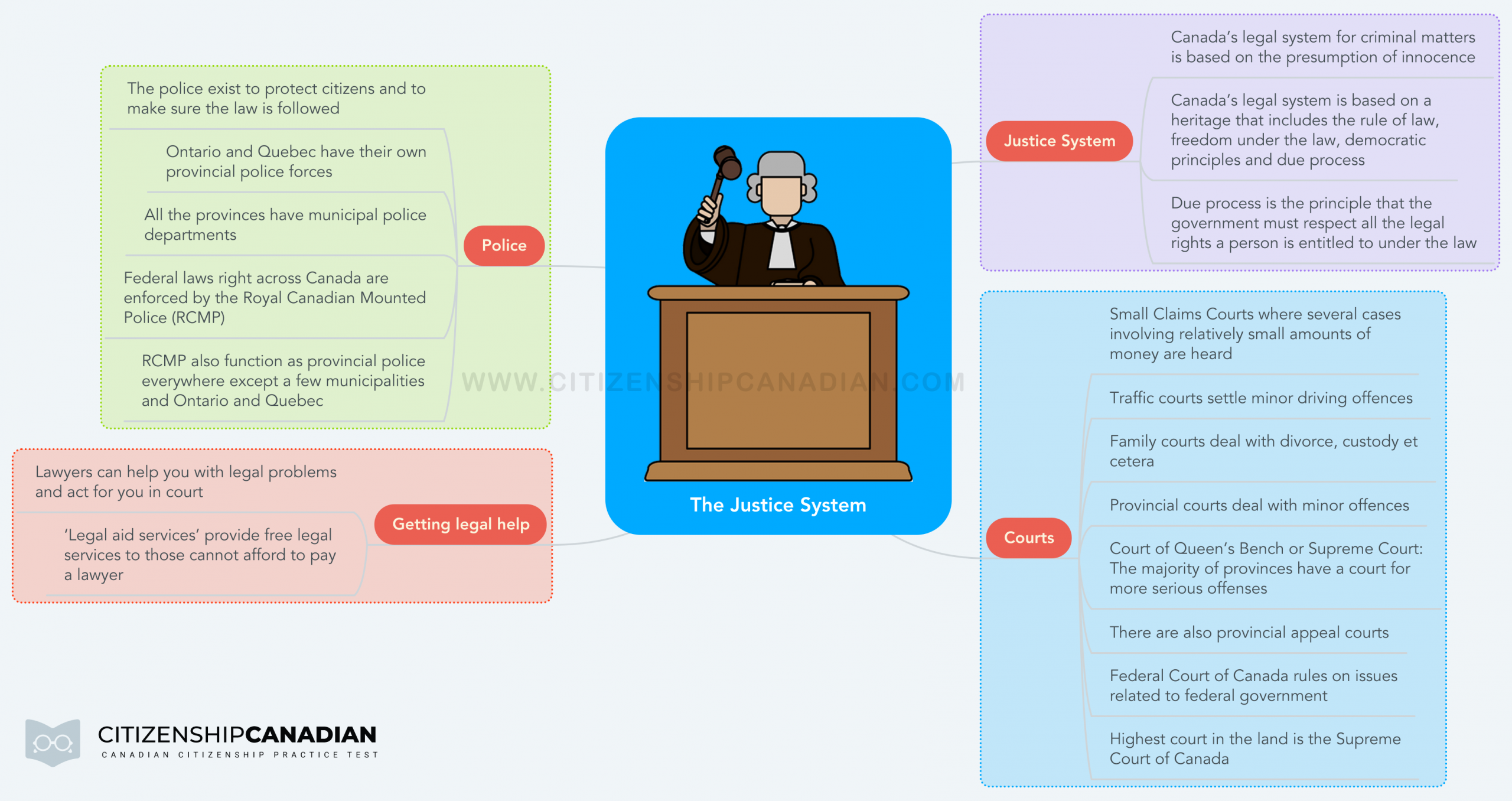 1 Justice System
1.1 Canada’s legal system for criminal matters is based on the presumption of innocence
1.2 Canada’s legal system is based on a heritage that includes the rule of law, freedom under the law, democratic principles, and due process
1.3 Due process is the principle that the government must respect all the legal rights a person is entitled to under the law


3 Getting legal help
3.1 Lawyers can help you with legal problems and act for you in court
3.2 ‘Legal aid services’ provide free legal services to those who cannot afford to pay a lawyer


4 Police
4.1 The police exist to protect citizens and to make sure the law is followed
4.2 Ontario and Quebec have their own provincial police forces
4.3 All the provinces have municipal police departments
4.4 Federal laws right across Canada are enforced by the Royal Canadian Mounted Police (RCMP)
4.5 RCMP also function as provincial police everywhere except a few municipalities and Ontario and Quebec