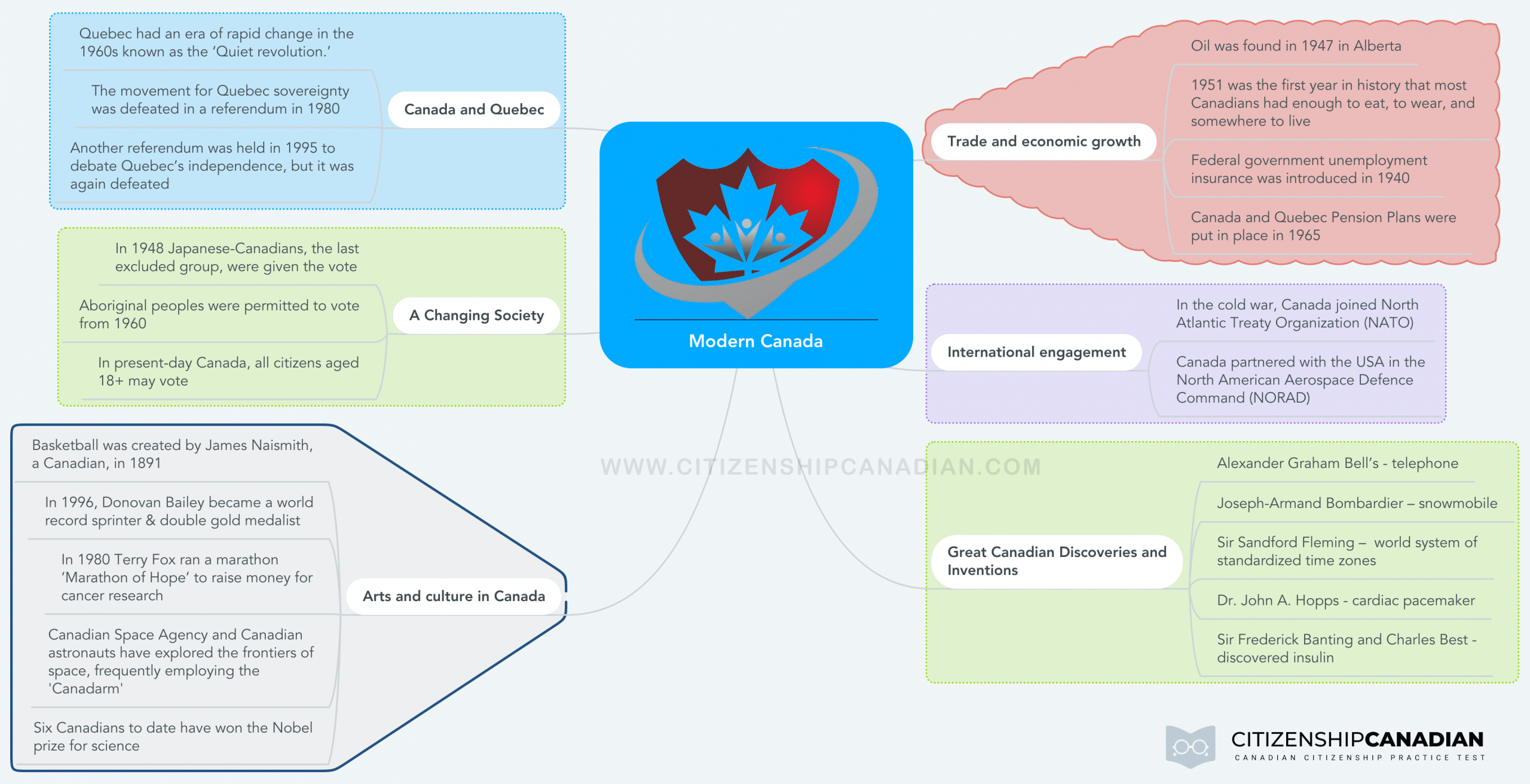 1 Trade and economic growth
1.1 Oil was found in 1947 in Alberta
1.2 1951 was the first year in history that most Canadians had enough to eat, to wear, and somewhere to live
1.3 Federal government unemployment insurance was introduced in 1940
1.4 Canada and Quebec Pension Plans were put in place in 1965

4 Arts and culture in Canada
4.1 Basketball was created by James Naismith, a Canadian, in 1891
4.2 In 1996, Donovan Bailey became a world record sprinter & double gold medalist
4.3 In 1980 Terry Fox ran a marathon ‘Marathon of Hope’ to raise money for cancer research
4.4 Canadian Space Agency and Canadian astronauts have explored the frontiers of space, frequently employing the ‘Canadarm.’
4.5 Six Canadians to date have won the Nobel prize for science

5 A Changing Society
5.1 In 1948 Japanese-Canadians, the last excluded group were given the vote
5.2 Aboriginal peoples were permitted to vote from 1960
5.3 In present-day Canada, all citizens aged 18+ may vote

6 Canada and Quebec
6.1 Quebec had an era of rapid change in the 1960s known as the ‘Quiet revolution.’
6.2 The movement for Quebec sovereignty was defeated in a referendum in 1980
6.3 Another referendum was held in 1995 to debate Quebec’s independence, but it was again defeated